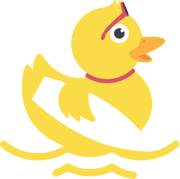 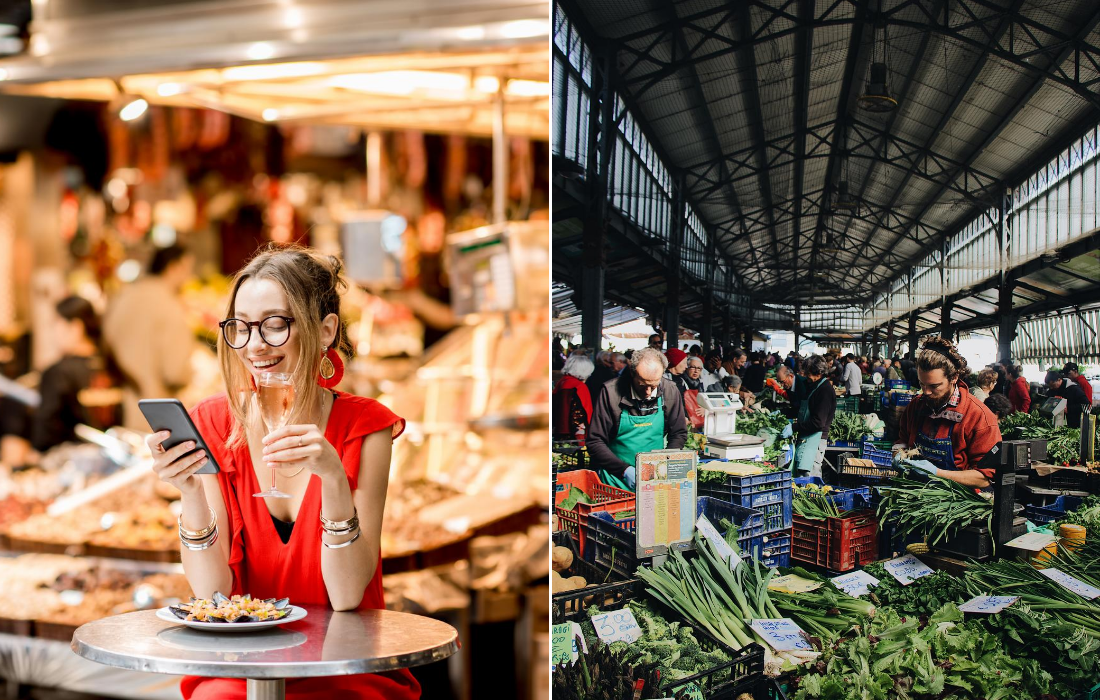 A coffee while you’re buying milk, a quick snack if you are running late while shopping, a different lunch break out of the office, a break while taking a touristic tour, an unusual aperitivo, or a real dinner as in a restaurant. Everything is possible nowadays in the markets of Rome. Eating in the market is not only possible, it’s a must! These are 5 totally amazing spots recommended by our friends from Markets of Rome. Great food, unforgettable experience, and local vibe – you’ll gonna love it here!

Streetfood has been the passe-partout to bring food to the market. And the major place for street food is actually Testaccio market, which has become a model of business development and quality of food.

Next to Sergio’s historical deli Mordi e Vai which offers tripe sandwiches, sausages, scottona beef, and boiled meat cooked with picchiapò sauce there is Matteo at Zoe’s who prepares fruit salads, salads, fresh-squeezed juice and instant extracts to preserves enzymes and other properties. With the help of a nutritionist, he defined a menu of 15 dishes, some permanent, some changing, made with the ingredients he finds at the market. Next to him, chef Marco’s Foodbox, the king of streetfood.

“We want street food to be global, not only regional specials, so in addition to the Roman line Supplizio by the chef Arcangelo Dandini (which includes the Jewish artichoke), we offer street food from other Italian locations, such as Sicilian supplì and croquettes, stuffed olives from Ascoli, but also French quiches, American bagels, Venezuelan arepas”.

In addition to Italian cuisine, there are a few places to try other gastronomic proposals, such as Spiros bistrot stall, with Greek dishes and drinks or a mix between two far cuisines such as sushi and tacos meeting at Santa Clarita tacos and sushi, but if you still feel like eating Mediterranean cuisine, you can always choose pizza… what a pizza!

After working for 25 years in the business and architecture world, Paola and Andrea decided to make a change: they cook pizza mixing bio and whole wheat flours, their dough is light and rises 72 hours. At Casamanco the must is cooking at home, and actually the whole family works there, including the sons Riccardo and Rio and the daughter Isotta.

At Flaminio I Market (near to Popolo Square) inside Flaminio I Market you will find Gramigna – Resistenza culinaria were three friends chefs who decided to change their career and open a place at the market after their experience in Rome’s starred restaurants.

“We realized it was time to go back to cuisine essence – says Riccardo Pacifici, one of the 3 partners – and we decided to do it starting from the market. We were feeling like going back to real Italian gastronomy, putting aside any sophisticated cuisine. Beans, market and sympathy”.

Starting from late spring they are also open for an aperitivo.

The latest news is about the wine shop Also Wine run by Claudia and her partner Paolo. In addition to excellent regional wines and craft beers, they have recently opened a little restaurant inside the market. Take away and deli, using only products from the same market.

A gastronomic stand with a website for online orders, according to what you feel to eat… a quiche? Fresh pasta or grilled chicken? Don’t forget desserts. They opened during the COVID-19 lockdown and they immediately tried to help their customers: free delivery for the elder or people in need.

It was opened by Matteo a few years ago, then Andrea, Rosa in the kitchen, Daniela who prepares great desserts, and Sanjaya joined.

“We call it local cuisine and we start from Garbatella’s resources – tells us Rosa – even though there are also people coming from far. We get the ingredients of our recipes at the market, from the fruits and vegetables stalls around and the fishmonger, while meat and eggs come from a bio farmer. Yalùz is a wordplay with Matteo’s daughters names as well as a Spanish way to say “there is light”. – Rossa

They often host special events, including music and street art.

“We have a meatballs night, including vegetarian balls, a night dedicated to salted coldfish and another one to Brazilian picanha, we open our kitchen to whoever feels like cooking” – Rossa

Built on the commercial side of Cola di Rienzo road, the covered market on Unità square in Prati neighborhood built in 1928, in neo-classical style with a monumental portal opening on Via Cola di Rienzo and turrets at the corners of the building, is a historical spot.

Inside it, two families have double the business: the gourmet fishmonger Fish & Chic and the butchery Il Boss Della Carne (literally, the meat boss), they are both market stall and bistrot. As far as fish is concerned, the father Peppe, the mother Cinzia, the daughter Simona, the uncle Marco and the aunt Carmela (“who comes from Naples and has golden hands”) have set up a true family business. Peppe has been managing the fishmonger at the market for 25 years, the daughter Simona, after visiting foreign markets, such as Boqueria in Barcelona, left her previous job and jumped into this adventure.

“The service quality has always been very high – she tells us – because my dad goes to the fish action in Anzio and sells only very fresh products, Elton cleans it and he is the best fish cleaner in Rome. Since I was a girl, I thought the only thing which is missing is cooking it.”

So, fish burgers and cutlets, octopus salad, lasagne with prawns, mussels… every day a different recipe, according to what offers the sea.

Same story at the butchery Il Boss Della Carne, where the father Giuseppe and the mother Emilia work with the daughter Federica and the son Michele. Next to the traditional meat stand run by the father, there are the dishes prepared every day by mother and daughter.

Ready to Head Out?

Are you already booking your flight to Rome? No surprise! While you’re planning your stops to Roman markets, don’t forget to check out our latest article Where the Locals Eat in Rome: The Best Food Stops Recommended by Locals.

Latest on the Blog

Explore the Authentic Beauty of Sardinia: Interview with Bitan Daily Tours
Have you ever visited the magical island of Sardinia? In today's #ExperienceOfTheWeek series, we talk to Matteo, the co-founder of Bitan Daily Tours, offering some…
Read more
Try the Ultimate Wine Tasting Experience in Spain (Interview with Bodega Miquel Jané)
This week's #ExperienceOfTheWeek series is devoted to all wine lovers and connoisseurs who love to explore new tastes while traveling. A few weeks ago, we…
Read more
Where the Locals Eat in Rome: The Best Food Stops Recommended by Locals
Rome is a multicultural city full of amazing must-visit food stops and gastronomic experiences. Whether you're planning to book a local food tour or just…
Read more
Most Popular Articles
35 Travel Accounts You Should Follow on Instagram in 2020
For most travelers nowadays, home is the only destination. But…
5 Female Solo Travelers Share Tips for Women Traveling Alone
Is solo travel something you should try? Worried something might…
30 Best Things to do with Kids in Prague (Approved by Locals)
From its exquisitely beautiful Baroque buildings, romantic lanes, vibrant restaurants…
Summary

Latest on the Blog

Explore the Authentic Beauty of Sardinia: Interview with Bitan Daily Tours
Have you ever visited the magical island of Sardinia? In today's #ExperienceOfTheWeek series, we talk to Matteo, the co-founder of Bitan Daily Tours, offering some…
Read more
Try the Ultimate Wine Tasting Experience in Spain (Interview with Bodega Miquel Jané)
This week's #ExperienceOfTheWeek series is devoted to all wine lovers and connoisseurs who love to explore new tastes while traveling. A few weeks ago, we…
Read more
Where the Locals Eat in Rome: The Best Food Stops Recommended by Locals
Rome is a multicultural city full of amazing must-visit food stops and gastronomic experiences. Whether you're planning to book a local food tour or just…
Read more